Accident Reconstruction is a general term used to describe a process of analyzing an “accident” and using science to answer questions as to how it occurred. Wolf has investigated collisions where brakes, steering, suspension, tires, throttle systems, environmental factors and human behavior were causative factors in a collision. We also conduct injury causation analyses when needed to determine the likelihood of injury from an incident.

Many people use the term synonymously with motor vehicle crash reconstruction, but a similar investigative approach is used to evaluate a fire, an industrial accident, or a construction site accident. We use the scientific method to arrive at an understanding of the event and the contributing causes. We gather evidence from the incident site and the equipment involved, and utilize witness statements, environmental factors and other information gathered about the event. We use our FARO 3D laser scanner to capture millions of data points from scenes or objects. We then apply principles of engineering, math and physics to analyze the accident and develop an understanding of the sequence of events and the magnitudes of the relevant factors. These accident reconstruction methods are reproducible and consistent with industry practice.

Our expert testifiers pride themselves on their abilities to communicate the complex information that is an everyday part of their work. To assist this process, Wolf relies on their graphics specialists to provide them state of the art trial animations and exhibits. 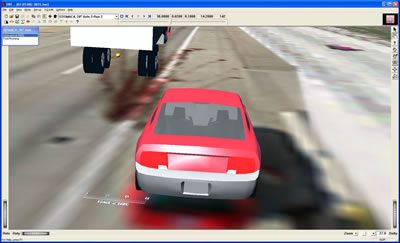 Our crash reconstructionists are current with the ever changing technology associated with analysis of vehicle crashes. We utilize scientifically based equipment to capture the collision scene and record evidence that may be used for analysis and simulations.

We have the specific equipment to document the vehicles involved in the collision and image (download) the on board data recorders that are in most vehicles. This accident reconstruction data may then be fed into state of the art programs such as HVE to analyze and reconstruct the collision. Features of HVE include:
➢ Human: build models consistent with humans involved in the collision
➢ Vehicle: build models consistent with incident vehicles
➢ Environment: develop site evidence into scene diagram
➢ Choose physics application to use for analysis
➢ Analyze dynamics and interactions of models

When it comes to presentation, Wolf Technical Service leads the accident reconstruction industry. Our consultants effectively communicate scientific findings, and it shows in the courtroom. Although trial and deposition testimony make up a very small percentage of our work, we have the ability to present difficult concepts using demonstrative evidence in order to educate our audience, allowing them to understand the incident. 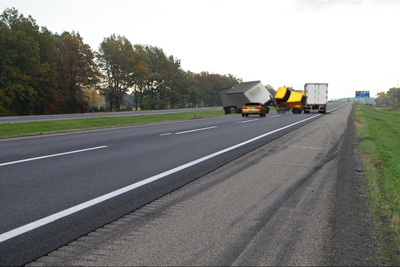 Wolf’s team of investigators and reconstructionists have all the bases covered when working a complex case involving tractor-trailers or other commercial vehicles. Our services include:

Wolf has extensive experience working commercial vehicle cases. In addition to tractor-trailers, we are experienced with dump trucks, motor coaches, school buses, industrial vehicles, mining trucks, construction equipment, and several kinds of trailers. These cases have unique characteristics that make them more complex than collisions between passenger vehicles. Due to the much larger physical size and weight of commercial vehicles, they have the potential to cause greater harm when involved in a collision or other incident. As compared to two passenger vehicles, the weight difference between a loaded tractor-trailer and a passenger car can result in catastrophic damage regardless of who caused the crash. 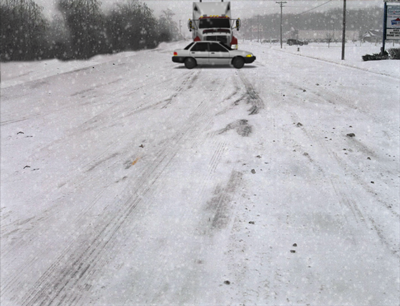 In addition, commercial vehicles have more complex mechanical and control systems and far more safety, maintenance and operational regulations. Their event data recorders called Electronic Control Modules (ECM) are usually more complex than those found in passenger vehicles, requiring more specialized equipment and training to retrieve (image) and analyze their data. Those who investigate these incidents must have expertise in all of these areas.

Beyond an investigation of the commercial vehicle’s systems, these incidents often require additional analysis. Driver log audits, driver history and training quality may be pertinent. Visibility and conspicuity assessments are commonly necessary. Analysis to determine injury causation may be needed. Trial exhibits and court animations can support the expert’s efforts to communicate complex information to jurors. Wolf’s team has the expertise to address all of these issues.

Wolf’s team has the depth and breadth of expertise to manage any investigation and reconstruction that your case may require. We particularly excel at working the most complex vehicle cases involving multiple vehicles and substantial quantities of physical and documentary evidence. 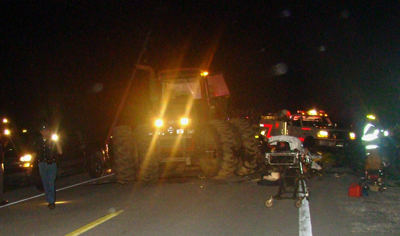 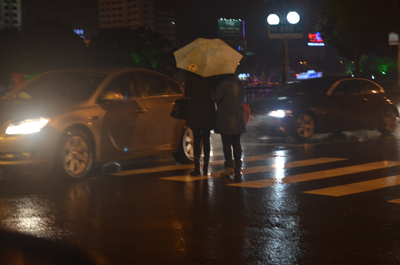 Wolf’s investigators and experts are experienced at working cases where pedestrians or bicyclists are struck by a vehicle. The specific areas of expertise we draw upon when investigating these cases include: 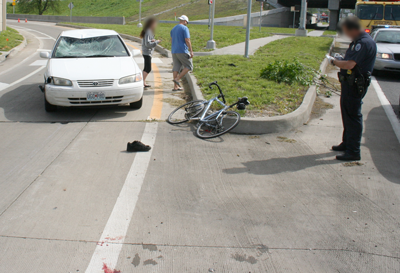 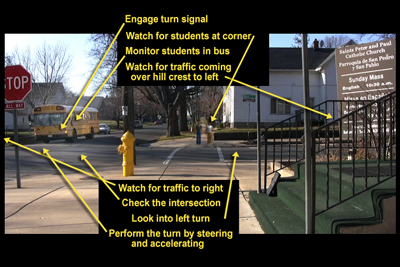 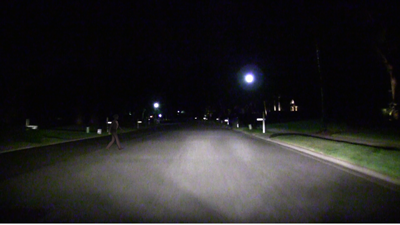 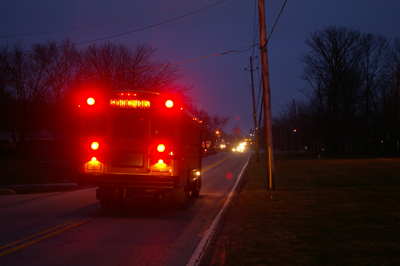 Lack of light, compromised night vision and fatigue make driving at night more dangerous than any other time of day. Drivers must rely on their vehicle’s headlights to illuminate the path ahead. Questions often arise as to how far headlights penetrate. Answering those questions requires knowledge of the headlights’ intensity patterns, the road profile and the objects to be seen. Up to now, standard headlight mapping practice has been to measure illuminance levels at the ground plane and perhaps one or two other planes above the ground. While useful, the data that can be developed is limited to those measured planes. Using our extensive physics and optics experience, we have developed a methodology to objectively measure and model the headlamp’s entire angular intensity pattern. With such information, the analyst can determine illuminance values at any angle and any distance from the motor vehicle, not just at the road surface. In analyzing lighting, visibility and conspicuity, our experts know how to account for all relevant light sources, how the optics of the eye affect vision, and to assess what was or was not available to be seen by a driver. 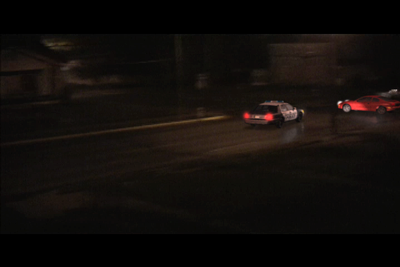 Motorcycles, ATVs and UTVs are motor vehicles, but vary in significant ways from automobiles. Wolf’s reconstructionists understand the implications of these differences. We have extensive experience reconstructing all types of these accidents, including solo, multi-vehicle, street and off-road. 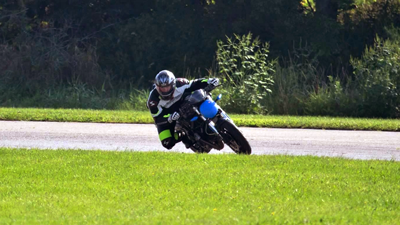 A motorcycle is a two or three-wheeled motor vehicle generally operated by a rider positioned on a seat or saddle. While equipped with similar safety features of an automobile (headlights, tail lights, turn signals, brake lights, ABS, etc.) motorcycles are vastly different from automobiles in numerous ways. The dynamics of a motorcycle are more dependent on rider inputs than automobiles are. Rider techniques for body positioning, steering, acceleration, and braking directly affect the stability and dynamics of a motorcycle. 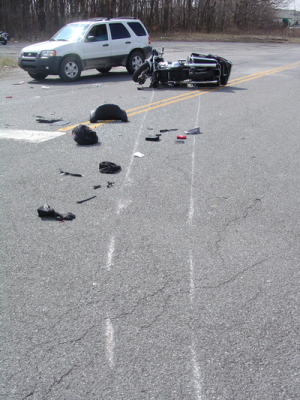 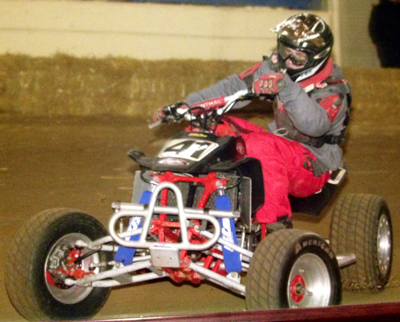 All-Terrain Vehicles (ATVs), sometimes referred to as OHVs (Off-Highway Vehicle), OHMVs (Off-Highway Motor Vehicle), or ‘four-wheelers,’ are essentially the four-wheeled version of a motorcycle. The rider control systems and inputs of an ATV are very similar to that of motorcycles. The dynamics of riding an ATV are unique. Having four wheels makes some aspects of an ATV similar to automobiles, however, a suspension system similar to that of motorcycles combined with low air pressure off-road tires and the ability of the rider to shift their weight adds complexity to operating an ATV safely.

Some states do allow ATVs (and UTVs) to be operated on public roadways, however the majority of ATVs are produced for off-road use only. The types of ATVs produced range from small, low-horsepower ATVs for children, high performance sport ATVs, and large four-wheel drive ATVs for work and play. The production of three-wheeled ATVs ended in the 1980’s due to safety concerns. State requirements and laws regulating the use of ATVs vary greatly from state to state. 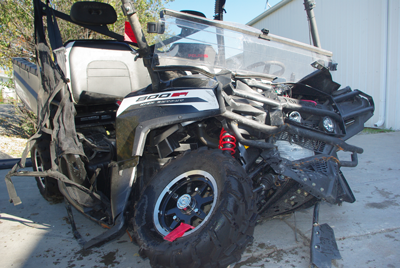 Utility Task Vehicles (UTVs), often referred to as ‘Side by Sides,’ are four- to six-wheel off-road vehicles. UTVs differ from ATVs primarily by the seating configurations and driver controls. As opposed to the straddled seat and handle bars of an ATV, UTVs are generally equipped similar to that of automobiles, with a steering wheel and foot controls. The term ‘Side by Side’ originated from early UTVs with a bench-seating arrangement where a passenger could sit next to the operator. Many UTVs are also equipped with seat belts and a roll-over protection system (ROPS). As the name suggests, UTVs were initially intended for work applications, such as on farms or construction sites. However, in recent years the market for UTVs has also expanded into larger, higher horsepower vehicles with more seating capacity for weekend recreation. As with ATVs, the dynamics of safe UTV operation are unique due to the automobile-like configuration crossed with an off-road suspension and tires.